Video Games that Should be Adapted to TV 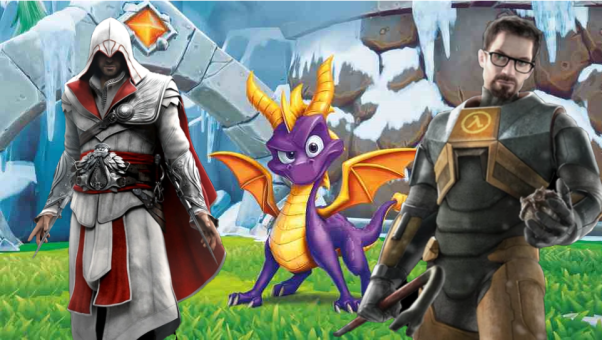 Movies based on video games have typically been huge misses, with the exception of a couple of recent releases. However, there have been several TV series that have been adapted from video games that have actually been really entertaining and successful. Super Mario, Sonic the Hedgehog, Pac-Man, Megaman, and several other iconic gaming characters have found life in many animated TV series. There have been Japanese anime based on Viewtiful Joe, Kirby, F-Zero and much more. More recently, Netflix has found great success with a Castlevania animated series and a live-action series based on The Witcher (which is mostly based on the book series, but the games definitely helped figure out some designs and bring in audiences’ attention). There are plenty of TV shows based on video games planned for the near future, like The Cuphead Show on Netflix, The Last of Us on HBO, and Twisted Metal planned by PlayStation Productions.

Because TV shows based on video games have proven that they can be incredible and fans seem to want more, here’s a list of video games that would be especially fun to see as a TV series.

Assassin’s Creed has been attempted as a movie, but it didn’t exactly work out. The lore seen in the video games proved to be too much to take on for one film, creating a mess of gratuitous exposition. Plus, it followed characters never seen in the games, causing fans to further lose interest.

An Assassin’s Creed TV series that actually follows the story of Desmond Miles and his ancestors as the Animus is used to locate the Pieces of Eden around the world from different time periods could be a much better way to adapt the games into live-action. Each season could focus on finding a different Piece of Eden in a different time period using the appropriate ancestor, with the seasons being tied together with Desmond’s story in the present as he and his team are hunted by Abstergo Industries. There is far too much to take on in just a two-hour movie, so Assassin’s Creed would work much better as a TV series.

God of War is one of those video game series that could potentially work well as either a live-action movie or TV series. With The Witcher’s success, a lot of viewers may enjoy other high-budget fantasy-adventure stories on TV. The main characters and many of the gods can easily be done in live-action, with some CGI filling in the gaps. The set design would be a daunting feat, but if done well, would be something to marvel at. Plus, that level of over-the-top action would definitely get the blood pumping.

Following Kratos on his quest to get his revenge on the gods for the deaths of his family and to end their corruption would make for a riveting on-going series. There are plenty of games in the source material to keep the story going. Perhaps each episode, or every few episodes, would have Kratos take on a different god or other mythological being as he works his way up to stopping Ares and Zeus. The action, puzzle-solving, and intense character moments could make for some addicting TV.

Set in an Orwellian dystopia (but with aliens), the story of Gordon Freeman taking down the tyrannical Combine after the tragic events at Black Mesa would make for a TV series that pulls viewers in as much as Lost or 24. The theoretical physicist, donning his trusty HEV suit, helping his allies in City 17 combat the Combine with his big brain and rather surprising skills with firearms could be exciting to see as a new gritty sci-fi series.

It would make the most sense for the TV series to focus on the plot from Half-Life 2 (including Episode 1 and Episode 2). That’s where the meat of the story is for the video games. The story seen in the original Half-Life and in Half-Life: Alyx could be included in flashbacks to add some explanation to the plot. The Portal games take place in the same world as Half-Life, but don’t exactly contain tons of storytelling. We could see some episodes of Chell (maybe even Atlas and P-body as well) making her way through GLaDOS’s crazy puzzle rooms at Aperture Science. Once free from the chaos, Chell, with her trusty portal gun, could join Gordon Freeman, Alyx, and others in their rebellion. The TV series could give us more of an insight of how Black Mesa and Aperture Science are connected, and even allow us to see beyond what happens in Half-Life 2 since Valve isn’t interested in showing that to us.

People have been fan-casting Gordon Freeman as actors such as Bryan Cranston for years, so there is definitely some interest there. The showrunners would get bonus points for casting J.K. Simmons as Cave Johnson.

Borderlands is already in the process of getting a live-action film adaptation by director Eli Roth. However, Borderlands is so expansive that it would most likely work much better as an on-going TV series. There are currently five games in the series (counting Borderlands: the Pre-Sequel and Tales from the Borderlands) and they each have multiple protagonists. A story following a group of Vault Hunters fighting their way through armies of Bandits, Psychos, and deadly wildlife on the planet Pandora would make for exciting action to see in either a TV series or movie. The reason it would work best as a TV series is how many fleshed-out characters, locations, and subplots there are in the games. It has the potential to have the biggest world-building of anything seen on TV. It would have to be relatively high-budget for TV, but it might be worth it so none of the story is sacrificed.

Lilith leading her team to find the first Vault would make for a fantastic introduction season, but things would heat up once the villainous Handsome Jack is introduced and Lilith recruits the next group of Vault Hunters. The story, action, world-building, and especially the humor would make for a series so good it would win awards. There is so much story it could easily be adapted to live-action, but it would need the amount of time a TV series allows, rather than just a couple of hours of a film.

The plot of Crash Bandicoot is a fairly simple one: Dr. Cortex creates Crash while building his army of mutated animals, but he escapes, setting Crash and his sister Coco on adventures to stop Cortex’s continuous evil plans and constantly save the Wumpa Islands from certain doom. It plays out like a classic Saturday morning cartoon, and that’s exactly what Crash Bandicoot could become.

Seeing Crash, Coco, and Aku Aku on wacky adventures, battling against other mutants like Tiny and Dingodile, Cortex’s scientist allies like N. Gin and N. Tropy, and Cortex’s mechanical weapons, could feel like a fun and memorable animated series. It doesn’t need to be any more complicated than good guys fighting bad guys. Although, there are original stories in the series, like Cortex creating Crunch to defeat Crash, with Crunch joining Crash’s side after they battle anyway. There are countless unique and memorable characters that could appear throughout the series, similar to how various mutants appear throughout Teenage Mutant Ninja Turtles. Crash, Coco, and Aku Aku racing against these belligerent baddies to obtain the Power Crystals is the exact kind of Saturday morning cartoon plot that people can remember fondly from their childhood. 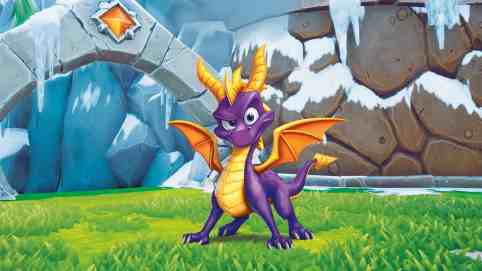 Similar to Crash Bandicoot, Spyro the Dragon offers a rather simple Saturday morning cartoon plot. A young dragon named Spyro, with the help of his firefly buddy Sparx, is forced to adventure forth to save the elder dragons who have been turned to stone by Gnasty Gnorc. After this, he becomes the hero of his realm and saves the fantasy world from various villains quite frequently. A young, friendly dragon battling bad guys to save the day would make for a fun animated series. It’s surprising that it hasn’t even been attempted yet.

The animation style of the recent Spyro Reginted Trilogy would offer a fantastic aesthetic for a cartoon. Spyro and his friends are all memorable characters, and seeing them take on Ripto and other baddies each episode could feel like a new take on the classic cartoon series formula.

The Bayonetta video game series offers a truly unique storyline that would be interesting to see in live-action. The titular protagonist is an Umbra Witch (one who uses dark arts) who uses shapeshifting abilities, firearms, and other magical powers to fight against monsters, deities, and sometimes other witches. The Umbra Witches, along with the Lumen Sages, oversee the just passage of time using the Eyes of the World. After a mysterious series of events, Bayonetta wakes up with no memory and the Left Eye. both the Umbra Witches and Lumen Sages are gone, so she must find the Right Eye to protect time.

This is unlike anything else seen on TV, so it would be a welcome addition to any streaming service. It’s not too unfamiliar; everyone understands the idea of witches, angels, and time manipulation, so it wouldn’t be too much for casual audiences to handle. The story is original, compelling, and introduces well-written and memorable characters.

Seeing the over-the-top, magical action sequences with Bayonetta fighting against Angels with pistols and magical hair powers would be exhilarating in live-action. An on-going series would allow for the viewer to see more into this secret magical realm set up by the games and can lead to intriguing world-building and storytelling.

With TV series based on Cuphead and The Last of Us on the way, it seems like TV shows based on video games is a gradually growing trend. If the showrunners stick to the story, or at least the spirit of the original games, then the possibilities are endless for which games could be adapted to long-form shows. What video games would you like to see done as TV series?