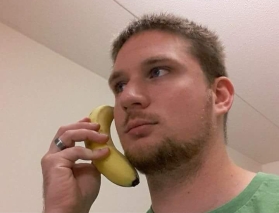 Welcome to Nonstop Nerd! Here, I explore every side of the never-ending and ever-expanding realm of nerd culture.  My name’s David, your friendly neighborhood blogger. I always have thoughts and opinions swirling around my brain about various movies, comics, and the like, and this is my outlet to pry them out. I invite all of you to get in on the conversation and discuss the world of nerdom that we all hold dear, from superheroes and video games to campy monster movies and cosplay.

As a child, I spent a lot of time in front of the TV watching shows like Mighty Morphin’ Power Ranger and Teenage Mutant Ninja Turtles. I became so obsessed with these sorts of series that I even pretend-fought bad guys in my back yard as if I, too, were a Power Ranger. I adored superhero cartoons, especially Batman: the Animated Series and the other shows in DC animated universe. My brother and I even had pajama sets that replicated Batman and Robin’s attire.

I’ve always been a big fan of nerdy movies. I  watched the original Star Wars trilogy just as often as I’d watch Saturday morning cartoons and saw the prequels in theaters. I had a Jurassic Park backpack when I was in preschool. I wore a Small Soldiers shirt in kindergarten that said quotes from the movie with the press of a button attached to it, which the teacher wasn’t exactly a fan of.

My older sister got a Super Nintendo when I was very young, but I played it a lot more. Super Mario All-Stars, Zombies Ate My Neighbors, and Donkey Kong Country were my initial introduction into gaming. However, I didn’t get completely sucked in until my dad got the original PlayStation for himself. He mostly played Army Men 3-D on it, but eventually decided to get us some games for it. Crash Bandicoot, Spyro the Dragon, and Ape Escape became my primary portal into the realm of gaming.

I didn’t read my first comic books until high school when my friend let me borrow Johnny the Homicidal Maniac comics, and I picked up a Lenore comic from a mall. I started reading them a lot more in college when another friend let me borrow some of DC’s New 52 comics after talking about how much we’ve both always been into the DC TV shows and movies. After that, I started buying more for myself and reading a lot more. Now I read a lot of DC, Marvel, The Walking Dead, and more.

Also in college, I joined the school’s gaming club, Master’s Gaming Konnection, early my freshman year. It helped me meet a lot of people with similar interests as me, helped me become more outgoing, and introduced me to the world of tabletop gaming. Eventually, I actually became the club’s President.

In 2012, I started going to a gaming convention in Boston called PAX East. I’ve gone seven years now, and it has essentially been my favorite holiday. I’ve also been to Boston Comic Con a couple of times, where I’ve met various comic creators and celebrities. I have attended Buffalo Comic Con and a tabletop gaming convention in Buffalo, NY called Queen City Conquest. I started cosplaying for the first time either my second or third year of going to PAX East when I wore a Riddler costume I had made for a Halloween party the year before. Since, I have cosplayed as Scott Pilgrim, Baby Driver, the Magic Schoolbus, Owen Grady from Jurassic World, and more.

I decided to write this blog because of how much I have always loved all things nerdy and wanted to share my passions, opinions, and interests with others.

I also currently write for an online magazine called Buffalo Rising. There, I have my own column, titled “Nerd Scene,” in which I write about the various nerd culture outlets like comic shops, arcades, conventions, and more in the Buffalo, NY area. Here’s the link: https://www.buffalorising.com/author/david-theriault/

I’ve probably left out some details, but you get the gist. We all have our own nerdy stories, so always feel welcome to tell me yours.