What to Look Forward to from Sony’s PS5 Reveal Event

Sony held its PlayStation 5 reveal event on June 11th, and no punches were pulled. The live-stream primarily featured a large number of games that will be playable on the console, along with giving us our first look at the console itself. Needless to say, there’s a lot that was shown that’s worth being excited for. Here’s what to look forward to from Sony’s PS5 reveal live-stream:

That’s right, there will be two versions of the console available. The standard PS5 will allow gamers to play their games via disc or digital downloads, similar to how the PS3 and PS4 worked. The Digital Edition, however, is completely disc-free and will only support games that are downloaded digitally. There is no word on if both versions will release at the same time or if they will differ in cost.

Giving gamers the option to play their way is absolutely a plus. Some people might prefer to go disc-less, so why pay for that disc drive if it does add to the cost? Some people, myself included, prefer having games displayed on a shelf. Having games on disc also helps prevent using up all the space on your console. The world may not be totally ready to go completely disc-free, but giving people the option is a win for everyone.

The Return of Beloved Series

Among the games being showcased were quite a few sequels and returns to fan-favorites. Some of the games included were Spider-Man: Miles Morales, Gran Turismo 7, Ratchet & Clank: Rift Apart, Hitman III, Resident Evil: Village, Horizon: Forbidden West, Grand Theft Auto V Enhanced, Oddworld: Soulstorm, and more. Oddworld: Soulstorm is a particularly interesting one to showcase during this event, as the Oddworld series originated way back on the PlayStation 1 and isn’t as well-known as something like Resident Evil.

Another intriguing title revealed during the event is Sackboy: A Big Adventure, as it sort of falls under the “returning series” umbrella, as well as being something brand new. Sackboy is known as the adorable protagonist of the Littlebig Planet series, but is now starring in this Sackboy game. Sackboy: A Big Adventure does not seem to offer the same user-generated content that Littlebig Planet does. It appears to be more of a 3-D platformer (similar to Crash Bandicoot) with some customizability and multiplayer capabilities. In other words, it’s technically something different than Littlebig Planet, but contains the same tone and aesthetic and features the return of the lovable PlayStation mascot.

Returning to existing franchises can be a lot of fun, and something Sony has been doing for a long time. They love showing off their gaming mascots, and we love seeing them. Perhaps we’ll see a new God of War or Sly Cooper in the near future!

Not only will gamers be able to revisit some franchises they love, but they’ll be able to experience a number of brand new IPs as well. Sony announced a long lineup of exciting new games including Stray, Returnal, Project Athia, Kena: Bridge of Spirits, GhostWire Tokyo, Solar Ash, Godfall, Deathloop, Bugsnax, and several others.

It seems like it’s been a good while since a new game was released that wasn’t a part of another franchise that looks as exciting as some of these titles. By the looks of it, they will each be hits and will find an audience with a variety of gamers.

A Wide Variety of Games

During Sony’s live-stream, the audience got to see a shockingly large variety of game types. GhostWire Tokyo looks absolutely creepy and is sure to have horror fans gravitate toward it. However, games like Sackboy: A Big Adventure are much more lighthearted. Sony showcased genres spanning the entire spectrum of video games, from platformers to action games. Any type of gamer can find something on the list of revealed games for them. 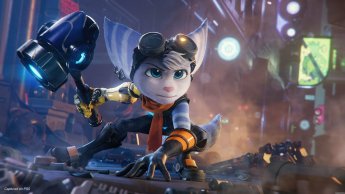 The PS5 is being set up to be an especially powerful system. It’s been rumored to “eliminate load time.” This was made evident during the gameplay footage of Ratchet & Clank: Rift Apart. In the footage, the fan-favorite dynamic duo zoomed through different worlds via rifts in reality. Each world they pass through is full of enemies, NPCs, detailed backgrounds, and moving platforms. However, as they enter and exit each location, the game does not appear to load. I mean, it would technically need to load for anything to appear on the screen, but it’s absolutely seamless here.

This is particularly huge. Every gamer is familiar with that feeling of waiting extra time to jump into gameplay while a loading screen plays. Maybe there are unnecessary gameplay hints that everyone already knows scrolling across the screen or a character dances in the corner in an unsuccessful attempt to entertain gamers as they wait, but most people use that extra time to check their phone as they desperately long to actually play the game they purchased. Loading has always been a necessary evil to have the textures and ever-expanding environments process, but load times being too long can certainly take someone out of the gaming experience. If there are no load times and no waiting (or at least a lot less of it) with the PS5, then we can all jump into our games much quicker and feel immersed for longer.

With a new generation of gaming, there comes a new generation of graphics. As seen during Sony’s presentation, the PS5’s graphics are a bit of an upgrade from the previous generation. Some games look more realistic than ever while more stylized games contain much more detail, as with Ratchet’s fur or Sackboy’s stitches. The graphics offered by this powerful system will only get even better in time.

As great as the graphics are, most gamers will probably agree that there are more important elements, such as gameplay and story. They may look cool, but keep in mind that amazing graphics don’t make the game.

Sony had already introduced the world to what the controller looked like before the event, but fans got another look during it. The PS5 is being called the “DualSense,” and will have built-in motion controls. It uses adaptive shoulder button triggers, a built-in microphone to chat with your friends during online games, and a new “Create” button to help create social media content while playing. The rumble technology is said to rival that of the Nintendo Switch’s Joy Con with how accurate the vibration is. There were some quick, helpful visuals to showcase this during the presentation.

A console is only as good as its controller, and this futuristic-looking departure from PlayStation’s previous controllers appears to be what the gaming world needs for this new generation.

Toward the end of Sony’s PS5 reveal event, they revealed that a list of accessories will be released for the console. These accessories include a camera that is most likely to help streamers to live-stream, a charging dock for the DualSense controllers, the Pulse 3D wireless headset, and a media remote which will most likely be used for streaming services and playing blu-rays. It’s not known if any of these will come with the console, when they will be released if they don’t, or how much they will cost. Either way, they are sure to enhance the PS5’s gaming experience.

As with the PS4, it looks as though the PS5 will be sold with a variety of console skins. So far, the only one that has been revealed features a Miles Morales Spider-Man design. There’s bound to be more. There’s no way Sony would only release one. It would be nice to see PS5 designs inspired by Horizon or Sackboy.

The PS5 is expected to release this holiday season, bringing in a brand new generation of gaming. As seen in Sony’s live-stream event, it already has an extremely exciting lineup of games and will have a lot to offer regarding tech and accessories.