The DC television universe on the CW, which has been dubbed as the Arrowverse, is one of my favorite things in TV history. The Flash is easily one of the best shows in the universe’s lineup. It introduced superpowers into the realistic world that Arrow set up, has a fun and upbeat tone, and contains especially great writing. The action is exciting, the effects are pretty impressive for a basic cable budget, and it’s easy to be invested in the characters. However, The Flash has at least one major flaw that gets pretty annoying.

The Flash is the fastest man alive, as the intro to every episode points out. However, he is constantly complaining that he’s not fast enough when facing villains who are faster than him. This is bothersome for a few reasons. The first is that it gets pretty annoying over time, and it gets to the point where it happens just about every other episode.

It’s definitely a good thing that, despite being one of the most powerful superheroes ever, the Flash is still a grounded, relatable character. Even though he has super speed, we still see him struggle with fear, stress, loss, and love. It’s what makes him such an interesting character. That being said, having complex, realistic emotions is different than just being whiny all the time.

Another issue with him “not being fast enough” when facing off against a speedier enemy is that it means the intro lies to the audience. He clearly states that he’s “the fastest man alive,” and yet the series is constantly introducing us to characters who are faster than him. The fun of the Flash is how much faster he is than other characters. Seeing the super-speedy action sequences is exhilarating. By having other characters who are faster than he is, it takes some of the fun away from his powers. His powers become somewhat meaningless if his enemies are even faster.

That leads to the other issue with the Flash “not being fast enough.” The show is called The Flash. It’s meant to be about the titular superhero and his super speed. However, there are so many speed-based characters (known as “speedsters”) that he gets overshadowed at his own game. The series gets overcrowded with the amount of speedsters that get introduced. We may start off with just Barry Allen, but then we meet Reverse Flash, Zoom, Jay Garrick, Savitar, Jesse Quick, Kid Flash, and even more.

Don’t get me wrong, Barry coming across an enemy who is faster than he is leads to some interesting story. He gets comfortable stopping criminals with the help of his speed, but is then finally faced with someone who can outrun him. What can he do in that situation? It’s suspenseful to see how he overcomes the challenge. However, after experiencing this story time and time again, it becomes a bit overplayed. 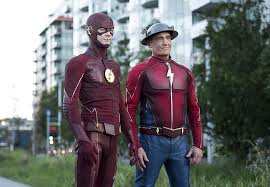 Because of this, Most of my favorite episodes and story arcs include Barry fighting against villains who don’t have super speed. Seeing him face off against Captain Cold, Peekaboo, or even the Turtle was fun to watch because it mixed things up. It’s entertaining to see how the Flash can defeat such a wide variety of super villains. I was relieved and excited when it was announced that Dr. Alchemy would be the primary antagonist for season 3. The first two seasons include speed-based antagonists. Dr. Alchemy is a particularly creative character in the comics, and there’s a lot that they could have done with him and his powers. I was immediately disappointed when they switched that role to Savitar, another speedster, halfway through. Season 4 offered my favorite primary villain of the series with the Thinker, partially because he was a true threat to the Flash without being as fast as he is.

I understand that some of this issue is due to the source material, as DC has flooded their comic books with speedsters. They could have just stuck with the Flash and Reverse Flash, and maybe Kid Flash if they really wanted the sidekick. They unfortunately never really stopped adding characters with super speed, and most recently introduced Godspeed in 2016. I don’t have a problem with any of these characters. I actually really like them. There are just way too many of them. All this being said, it’s one thing for the comics to have some stories that focus on speed-based characters and other stories that focus on characters with different powers, and another for the TV show to have an episode here and there about non-super speed characters while entire seasons are dedicated to super speed character after super speed character. It draws attention to the “too many speedsters” problem more than the source material does.

I do otherwise love the series. The Flash is an almost perfect show. It just has the issue of the main character constantly complaining that he’s not fast enough. It’s annoying, out of character, and it proves that there are two many speedster characters which takes away from how cool the Flash’s own speed is. Another season about Barry taking on a villain that doesn’t have super speed and where no other super speedy characters are introduced, similar to season 4, would truly be a breath of fresh air.