8 Franchises That Could Use a Reboot 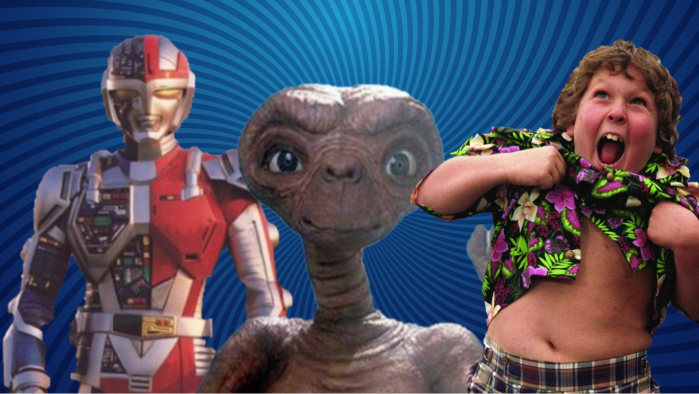 It seems like every TV series, movie, and just about any other form of entertainment is making some sort of comeback, whether it’s a reboot sequel taking place decades after the last entry, a remake of the same old story, a completely different version of the source material (like The Chilling Adventures of Sabrina), or the story entering a different medium (like Ghostbusters or Power Rangers getting the comic book treatment). Some things have worked out well, like the Jurassic World films continuing where the Jurassic Park movies left off. Others, like Independence Day: Resurgence or the Robocop remake, have not. Some things lend themselves to great comebacks while others are better off being left alone.

There have even been some recent announcements regarding more big titles making their returns, like Tron, Bill and Ted, The Matrix, Gremlins, Animorphs, and more. However, some franchises have somehow managed to avoid getting any sort of modern reboot, which is rather surprising.

Here are 8 entertainment franchises that have shockingly been out of the spotlight for a while that could use a comeback:

VR Troopers was a superhero series produced by Saban Entertainment in an attempt to profit from the huge success of their other main property, Power Rangers. VR Troopers was very similar to Power Rangers, but instead had the central team of heroes enter the virtual world to stop mutants from taking over both the virtual reality world and our world. It was a fun series and did well in the toy industry, but ended after only 2 seasons because there was less Japanese footage than that of Power Rangers, which was all eventually exhausted.

Now is the perfect time for VR Troopers to return. A new series on a streaming service could bring new life to the forgotten franchise. Modern special effects could easily make up for the lack of footage to reuse. Plus, it could allow the creators to freely make the show they want it to be with less restrictions. On top of that, VR is now hugely popular. VR gaming is now a reality and is actually a successful market. They can change up the borderline magical way of entering VR and use something similar to how it is done in reality nowadays, similar to that of Ready Player One. Combining 90s nostalgia with the current popularity of VR sounds like a winning combo. 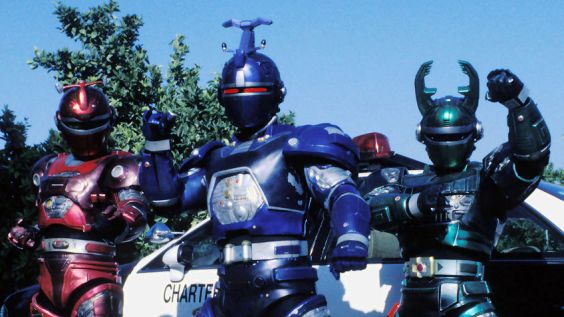 Another series from Saban Entertainment, Big Bad Beetleborgs, was also similar to Power Rangers and ran out of Japanese footage to use, forcing it to end after just a couple of seasons. It focused on a group of kids who became their favorite comic book superheroes after making a wish. However, that same wish brought all of the villains out of the comic book as well, prompting them to fight and force each monster back into the comic. There was also a strange yet fun focus on a haunted mansion filled with their monster friends that served as their base of operations. It was a wacky show to say the least.

With comic book adaptations doing so well in movies, TV shows, and video games, I can see a Big Bad Beetleborgs return referencing or even parodying that popularity. At the very least, there are so many new comic book fans because of this surge of comic movies and shows that maybe they would enjoy seeing these comic book themes. As with VR Troopers, using modern effects in place of reused footage would help the show look better and have more longevity than before. Plus, now that collecting statues and figures is more popular than ever, imagine taking this series that sold a lot of toys back in the 90s and releasing merchandise for it today. It would certainly be a return many fans and newcomers could look forward to.

The Goonies is an 80s classic film following the adventure of a group of young friends as they race against a family of murderous thieves to find buried treasure to help them pay off a greedy landlord and stay together. It’s still beloved and celebrated by just about any movie lover today. Somehow, though, The Goonies never received a sequel while most big 80s movies did. It would have been a lot of fun to see other adventures Mikey and his friends went on together as the Goonies.

Sean Astin has made past attempts to revive The Goonies with pitches to Richard Donner, who directed the hit film. The film’s star, and countless fans, would have loved to see a new adventure for the iconic characters. The actors are obviously a bit too old now to capture the child-like wonder of the original, but there are still ways more can be added to this franchise than just a single movie. Perhaps Astin, Corey Feldman, and the rest could have children who are the new Goonies who want to have an adventure like their parents did and wish to live up to them. Other treasure hunts and adventures for The Goonies could easily be seen in a comic book or animated series. Sean Astin has done a lot of voice work, including playing Raphael on Nickelodeon’s Teenage Mutant Ninja Turtles, so animation could allow us to see him reprise his role as Mikey. The Goonies has always been one of the most fun movies to watch for a lot of people, so seeing more of their adventures that take place before or after the original film in any form could be entertaining.

Beetlejuice is a ghostly good time of a movie and was successful both critically and commercially. It is still one of Tim Burton’s most beloved movies and one of Michael Keaton’s most iconic roles. There was even an animated series of Beetlejuice that lasted 4 seasons on Fox Kids. Both versions are amazing due to their creative visuals, characters, and world-building. Unfortunately, there has been a lack of new Beetlejuice media since the early 90s other than as a Halloween costume or as a playable character in the Lego Dimensions video game.

Michael Keaton has been an advocate for a Beetlejuice sequel for many years and still feels attached to the character. Having the star actually want to reprise their role could help prevent a reboot feel like a heartless cash grab. Fans of either the original movie or the animated series would be ecstatic to see something new finally come about featuring Beetlejuice and Lydia. A new movie starring Michael Keaton would be ideal for many, but a new animated series or comic book could do a lot to showcase the creepy-cool art style. Either way, seeing more of the ins and outs of Beetlejuice’s ghostly dimension could make for an exciting thrill ride.

Cubix: Robots for Everyone

Cubix: Robots for Everyone is a 3D animated series that premiered in the early 2000s. It focused on a group of kids who lived in a futuristic city where everyone had a robot companion. However, that also means that villains like Dr. K have their own robots as well. The series followed Connor, his robot companion Cubix, and their friends on their adventures in their colorful utopian city and their battles against Dr. K.

Cubix only lasted a couple of short seasons, but it deserved so much more. The show was a lot of fun and can easily gain new life in a new TV series or as a comic book series. A lot more can be done with its premise, plus a lot of people unfortunately missed it while it was airing, so it might be wise to revive Cubix in some fashion.

Casper the Friendly Ghost has appeared in several films, comic books, and animated series for several decades. Families still gather to watch some of the 90s films every Halloween and everyone knows the iconic theme song. Casper and his three uncles are unforgettable characters that have hit multiple forms of entertainment. Unfortunately, though, the world hasn’t seen much of Casper in recent years.

Since there have already been multiple incarnations of the young ghost throughout the years, it’s safe to say that another new version wouldn’t upset anyone. Audiences would likely be excited to revisit the fun-but-spooky vibes that the franchise offers. A unique and exciting way to bring Casper back would be to give him a similar treatment to what Sabrina received for The Chilling Adventures of Sabrina. A grittier, creepier Casper series could keep the franchise fresh and new without it ever deviating too much from the source material.

Similar to The Goonies, E.T. The Extra-Terrestrial is another classic 80s film that will forever be beloved by just about everyone but still never received any sort of sequel. The family alien flick was revolutionary for filmmaking while also providing a truly whimsical tale. On one hand, the story with E.T. and Elliot seemingly ended with the original movie. On the other, the world clearly wants a little more E.T. E.T makes a brief cameo in Star Wars Episode I: the Phantom Menace and has a popular amusement park ride at Universal Studios that contains lore not seen in the movie.

Last year, Xfinity released a commercial featuring a reunion between E.T. and Elliot (played by Henry Thomas, the original actor for the character). The commercial shows us new shenanigans E.T. gets into with Elliot’s family now that he’s grown up and has a wife and child. The ad feels like a lighthearted short film version of a pretty solid E.T. reboot. It proves that there may be more story to tell. Therefore, a potential reboot sequel could be worth the while. If that’s not something that ever sees the light of day, the world probably wouldn’t mind a book series or other medium that focuses on E.T.’s species and their way of life on their home planet. There’s definitely still some story worth telling within the E.T. franchise. 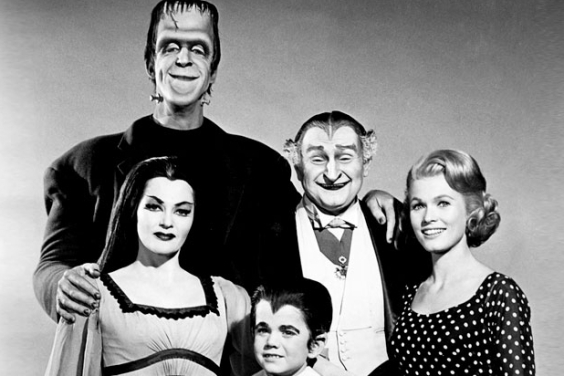 The Munsters was a sitcom in the 60s that depicted the life of a family of kindhearted monsters. Despite appearing to be stereotypical scary monsters, they considered themselves an average working class family. Its somewhat dark and spooky tones being met with heart and humor made it feel extremely similar to The Adams Family. However, The Adams Family has received several theatrically released movies and even an animated series. The Munsters only has two measly seasons of a TV show and nothing more, which is a shame. The Adams Family has become a pop culture staple, and The Munsters has always had that same potential. It could have been just as popular if it was given the opportunity to. The Munsters deserves a movie series reboot or an animated series. It was great and deserves to live on like The Adams Family.

Obviously, there are an abundance of reboots in Hollywood, and not every single movie or TV series needs one. We could definitely use some originality in the entertainment world. That being said, there are some franchises that could benefit from the reboot treatment.

Sound off in the comments with what you would like to see rebooted!