Can There be Good Board Game Movies?

To start, let’s look at the best movie to ever be based on a tabletop game: Clue. Clue finds a way to take the premise of the classic board game and write a story around it using the playable characters. Everything in the film matches the elements of the board game perfectly. It’s an exciting murder mystery-comedy, we see each of the weapons from game, and the layout of the mansion is identical to the gameboard. It’s witty, suspenseful, and showcases outstanding performances by the likes of Tim Curry, Martin Mull, Christopher Lloyd, Eileen Brennan, and more. Whether or not you’re a fan of the board game, you’re sure to enjoy Clue. It’s the perfect example of a great movie based on a board game, and it proves that there can be excellent films based on the source material of tabletop games.

Clue should be evidence that board games can successfully be adapted into great movies. However, it’s the only one that’s really good, and it came out more than thirty years ago now. Since then, we’ve had a few attempts at board game movies that have failed miserably. For instance, 2012’s Battleship was a massive flop. Based on the popular family board game, it of course featured Naval ships in combat. However, it wasn’t one Navy against another like what’s experienced in the game. The film featured the US Navy fighting against alien invaders. I suppose this premise could have been fine, but it hit all the wrong notes. The only thing that felt like it was truly inspired by the game was the appearance of the alien missiles which replicated the pegs used when playing, and it actually hurt the movie even further by making it goofier than intended. The Battleship movie is filled with awkward writing, horrible effects, and an all-around boring atmosphere. It’s not even an enjoyable bad movie. It’s bad enough to hurt the case for possible future board game movies. 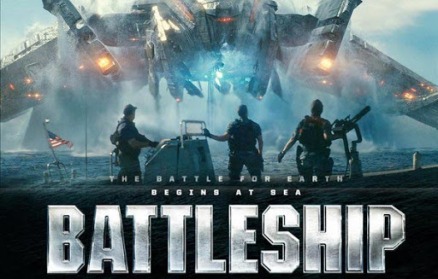 The only other case of a movie truly being based on a board game is Candy Land: the Great Lollipop Adventure, based on the colorful children’s board game Candy Land. Candy Land: the Great Lollipop Adventure is a straight-to-DVD animated film from 2005. It followed Jib the gingerbread boy and the other characters from the board game working together to stop Lord Licorice from taking over Candy Land. Needless to say, it wasn’t very good. It’s less than an hour long, cheesy, and a bit annoying to sit through. This is all really unfortunate, as a game like Candy Land could make for a fun family film. I could see a feature-length Candy Land animated movie following the story of children who are trapped in Candy Land while it’s under attack by Lord Licorice and must help the various colorful characters on their journey through this foreign land. Yes, this is similar to the straight-to-DVD mess, but I can see it easily being good if made by the right studio.

Terrible board game movies like Battleship and Candy Land: the Great Lollipop Adventure unfortunately hurt any possibility of studios approaching board games as source material despite Clue setting up the idea that board games can make fantastic films. There were some bad Dungeons and Dragons movies in the early 2000s, and Netflix is planning on creating a Magic: the Gathering animated series based on its lore, but those both feature on-going storylines outside of the gameplay. A Monopoly movie has been talked about for several years, but the last news regarding it was that it would be starring Kevin Hart back in January 2019. It probably won’t ever actually happen at this point. It seems that Hollywood has strayed away from producing films based on tabletop games, which is unfortunate since there are plenty that could actually be really fun to see.

King of Tokyo could definitely make for an enjoyable kaiju movie, pitting these gargantuan beings against each other to rule over Tokyo. Sure, the Godzilla movies serve this purpose, but King of Tokyo could use an element of humor, its unique characters, and upgrades to stand out. It could make for a fun, action-packed monster movie. 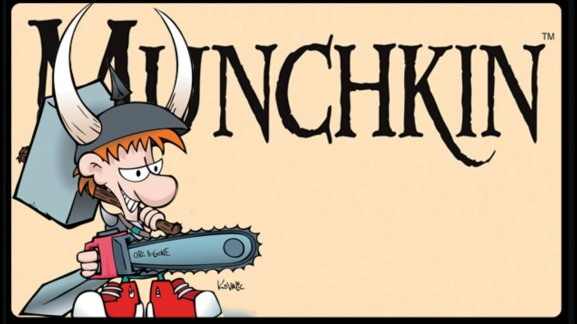 Betrayal at the House on the Hill could easily be adapted into a movie. The characters and their designs are already there for filmmakers to use. The premise is obvious; a group of people find their way into a haunted house to investigate, they split up and experience various unexplainable incidents, and then one of the group betrays the others as the “haunt” happens. One of the haunts from the game can be used as the primary threat of the movie. Horror movies have made a huge comeback recently, and this could absolutely make for an extremely entertaining one.

Munchkin would make for a great adult animated comedy, with the animation style matching the illustrations on the cards. Similar to the game, the film would feature dark comedy, quirky character designs, and items haphazardly being used in the wrong time period. Adventurers kicking down doors, fighting monsters, and collecting loot can make for a simple, goofy story that matches the feel of the game.

Obviously, not every tabletop game would make for a good movie. Games like Guess Who or Sorry just wouldn’t work. There’s nothing in them to translate into a film, and if it was attempted, there would need to be so many changes that it wouldn’t feel like the game anymore. There’s something that a board game needs to have for a movie adaptation to be a reasonable idea. There needs to be at least some basic story or premise that leads to a conflict, like mobster families facing off in Family Business, a murder mystery like in Clue, or government regimes attempting to take each other down like in Coup. Forcing something like Cards Against Humanity into a narrative would cause it to lose the spirit the game had in the first place and ultimately feel lame. Having named characters like Candy Land, Clue, or Betrayal at the House on the Hill helps a lot as well. 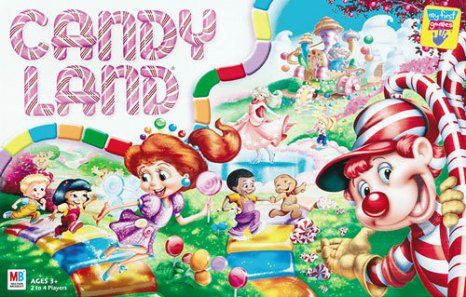 Hollywood has yet to delve deep into board games as source material because of the massive flops that most board game movies have been. However, I truly believe that there can be great board game movies. Clue is absolutely evidence of that. Film studios should be able to produce movies just as good as Clue based off of other games, they just need to make sure to capture the same essence of those games. We’re now able to see movies accurately depict comic books, video games, and other forms of media, so I’d love to see more great movies based on board games as well.