Comic Books can be Hard to get Into

One of the primary cornerstones of both nerdom and pop culture is, of course, comic books. If it weren’t for comic books, we wouldn’t have iconic characters like Batman, Archie, or Dick Tracy. It’s so easy to come across video games, tabletop games, TV shows, and movies based on or inspired by comics. They’re everywhere. Almost every superhero movie, video game, or TV show is based on a comic book, and that’s what is currently ruling the world of pop culture. On top of that, movies like 300, Kingsman, and The Men in Black also all come from comic book source material. With comic books controlling the modern realm of entertainment, it’s safe to assume people are excited to read the comic book the latest Marvel movie is based on or use the Walking Dead comics to fill the void between seasons of the TV series. However, it can be extremely difficult to get into comics. Depending on the series, they’re not something one can simply jump into at any moment.

With movies or series based on source material belonging to other forms of media, like Game of Thrones, The Witcher, Harry Potter, or the upcoming Sonic the Hedgehog movie, one can easily read the books or play the video games from start to finish in a specific order. They can easily pick it up whenever they want and get the full story. 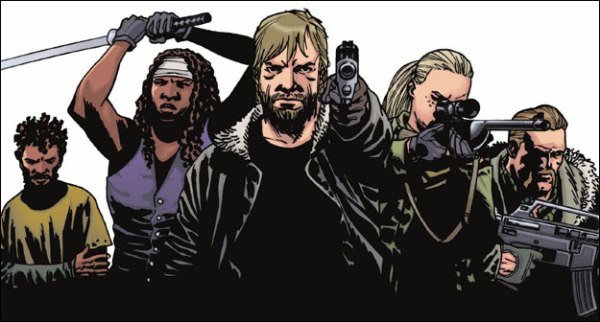 That’s unfortunately not usually the case with comic books. Whether you want to read one because of a movie you like, or you just want to get into a story that seems interesting to you, it can be hard to get into comic books. They aren’t always accessible to new readers.

The primary reason they can be so inaccessible is the sheer amount of branching, expansive story lines. The comic book industry, especially Marvel and DC, have created grand universes involving interconnecting plots. It’s similar to how the Marvel Cinematic Universe is comprised of stories about different superheroes that cross over and interact with each other. There are a lot of movies and they need to be seen in a specific order to be fully understood. However, at least with the MCU, it’s much more manageable since there are only three movies a year at most and they’re more spread out. With comics, there are several issues being released within the same canon each month. It can be extremely difficult to keep up with. 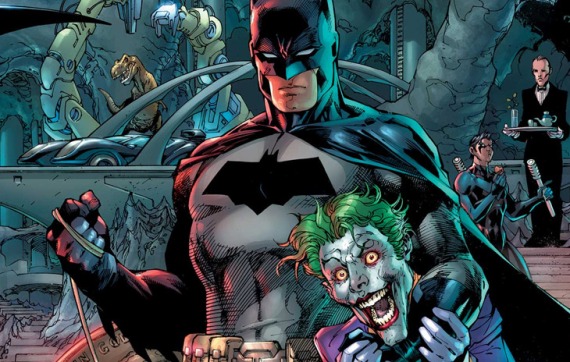 Not only is there too much in the same canon being released at a given time, but there are also too many canons to keep up with altogether. With comics, especially the big names like Marvel and DC, there are countless stories that are in their own separate canon. Not every Spider-Man story takes place within the same universe. The same goes for most other big-name superheroes. This can get confusing when trying to understand a story. Wondering how Green Arrow is alive in one comic even though he died in another can be enough to push potential readers away.

Having different versions of characters further adds to the confusion. Looking back at Batman’s early years of being a bit goofier compared to the modern darkness and grittiness makes him seem like two completely different characters. There’s a version of Thor who’s female. It’s not a problem to have a female Thor, but it can be off-putting that there are two different versions of the same character in the source material. It also does not help that different versions can be made with different audiences in mind. There are Batman books made for children and some that are much more adult.

Obviously, one could figure out what books take place within the same story, but some of those stories are incredibly long. There’s at least one Superman series that I know of that reached one thousand issues. If you want to start reading some stories from the beginning, good luck to you. Some major characters like Batman and Wonder Woman were introduced in the 1930’s and 1940’s. The stories are worth the read, but the length of some can be daunting.

Comic books have been like this for a long time, but they weren’t always this complicated. Back in the day, each single issue was a stand-alone story. Then a little later, they became bigger, yet more manageable story lines. Captain America books were one continuous story, Iron Man another, and so forth. They crossed over, but those were typically for special events. However, somewhere down the line, publishers began putting out these huge universes that almost require their audience to read tons of books to get the full story. I get that this was to sell even more comics, but it still made reading them intimidating.

Marvel and DC may have shot themselves in the foot a little by having too many intertwining stories, and other series like Mighty Morphin’ Power Rangers have started following their trend, but they are still possible to read and there are ways to find some good start-to-finish comics out there. Standalone stories with finite amounts of books do exist. Finding a good jumping on point can be difficult, but DC has been doing a good job rectifying that problem lately. They have set up a system where they create a new jumping on point every few years. It started with the New 52, then Rebirth, and continued on with different canons after that. I have been reading The Flash in the New 52 story line, and I don’t feel pressured to read a million other Flash story lines to know what’s going on. Indie comics are selling better than ever because they usually stick to having solo story lines. Series like The Walking Dead are much more approachable because one can easily read it from start to finish in a linear fashion.

Don’t get me wrong, it can be an absolute blast to delve into these enormous universes and never-ending stories. For those of us who are really into comics, it’s part of the fun of reading them. That being said, it’s certainly understandable that new readers may feel intimidated by all of it. Luckily, it’s becoming somewhat easier to find stand-alone stories for those looking to find a jumping on point into the always-exciting realm of comics. I personally love the crazy expanded multiverses because they lead to events like Crisis on Infinite Earths, but I do hope that publishers learn to also include good starting points for newcomers to enjoy these myths and legends rather than being too intimidated to begin their comic-reading journey.