What can be more fun than having an exciting board game night gathered around a table with a group of friends? For this very reason, tabletop gaming is typically viewed as a group activity. However, could it also be fun playing a tabletop game on your own? Most gamers would scoff at that idea, and probably assume it would be boring. I can understand how many would think that, as some of the oldest board games, like Backgammon and Chess, were meant for two players after all. That being said, I don’t think the idea of playing a single-player tabletop game is all that crazy.

Have you ever played Solitaire? It’s a card game that is strictly played by one person. It’s a common hobby used by those looking to pass some time while also working their mind. It’s been played for at least a couple of centuries and is still played today, often on computers and smartphones. It’s popular enough that no one thinks it’s that odd compared to playing a board game on one’s own.

Obviously, games like Munchkin or Boss Monster can’t be played single-player. However, there are board and card games that one can play on their own. Arkham Horror: the Card Game, Gloomhaven, Onirim, One Deck Dungeon, and Imperial Settlers are all games that can be played by either a group or an individual, and there are plenty of others like them.

There are tabletop games, like The Abandons, that are strictly for single-player use. The Abandons takes the Solitaire genre and adds a fun ancient-temple theme, a goal of escaping a maze, and a bit of a backstory to it. There are several other card and dice games that are strictly meant to be played by one person. The differences in them, like having varying themes and goals, make them unique enough experiences that they never feel like the same game. This adds a surprising amount of variety for single-player tabletop game options.

Video games may offer multiplayer options, but there are countless video games that also offer single-player or are strictly just single-player campaigns. Some gamers only play single-player video games. No one seems to find this odd. One could argue that video games are different often offer story, puzzles, and action. However, this is also the case with some board games, like Gloomhaven. Gloomhaven has you select a character, fight enemies, follow a story, go on missions, and level up. There’s no real difference between that and an RPG video game.

Similar to video games, it’s not uncommon to see people spending hours of their time playing Candy Crush or Angry Birds on their phones and tablets. If people are so willing to play phone games on their own to pass the time, I don’t see any reason why they can’t do the same with tabletop games. 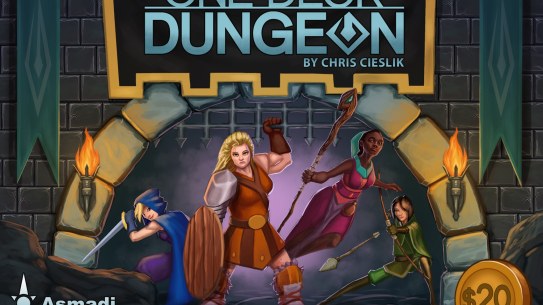 The idea of playing a tabletop game on one’s own sounds boring or pointless to some. However, they are willing to play single-player video games and phone games. Like video games and phone games, tabletop games are another way to escape reality for at least a few moments. They can offer intense mind-benders and riveting story to experience on your own. I personally prefer playing tabletop games with a group, but playing them on your own is just as viable.